In an attempt to fight the lockdown blues, here is a new music video for the track "Metaphysical Bus Ride", off my 2019 full-length release, "Lonely like a holiday". The song features footage found in the archives of dusty desert settlements, gravel roads that go on for eternity, and other harrowing and breathtaking scenery from one of the harshest natural environments on the planet: The Namibian Desert. Credits: Filmed by Matt Vend and Cami Scoundrel All music and lyrics were written, produced, and engineered by Matt Vend, with mastering done by Neil Snyman. Video editing by Matt Vend Locations: South Africa, Namibia, Lesoto You can download the album below, and purchase the entire digital release for the price of your choice: https://groundsweeprecords.bandcamp.com/album/lonely-like-a-holiday You can also stream and download the song below: https://groundsweeprecords.bandcamp.com/track/metaphysical-bus-ride Lyrics: I only speak in arguments, If I have never argued with you This means I do not really care for you I am only happy, When I am faced, With contention. I am a contender In this very, Contentious issue. There is so much to talk about, It will only be understood, If we scream and shout. A “loud loutish” lout. Blurt out, more hurt Because we can only Grow If we open the wounds And let them fester, Until they heal. If I could steal, Your happy emotions, And make them mine, I would. However, all I have right now, are feelings about the wasted years of regret I suppose I wasted nothing I swept up all the damage Let the torment be my carriage I put all these bad years in my art I caught a bus The bus took me very far Across this land The bus enabled me To see The worth in my hands But what I was looking for Was a metaphysical bus ride To take me to a tranquil destination Carry me To inner peace Inner peace Inner peace Release, release Inner peace I did eventually find this rusty piece of metal The vehicle needed an overhaul The mechanic long been ill Given up the trade No bio-diesel, or petrol, gasoline To run this calamity So, I’ll wait for another bus to come Waiting at the bus station (Inside my feigning consciousness) Until that day I can only speak in arguments My body rests But my mind never sleeps
Posted by Matt Vend at 01:55 No comments:

Ponderings about the impending apocalypse, expressed gratitude for the now

As I ponder about the state of the world and the state of my own life, I sit with quiet gratitude that I have been fortunate enough to find a host of magical venues, who are willing to support my latest musical pursuits in the face of impending doom and the end of the world "as we know it".
So as I write these words from a place of complete humility all I can say is I am eternally grateful that at this point in the year I have some shows to play and some people to bring a bit of escapism to along this most uncertain journey.
I have also afforded myself the time to indulge in the marketing side of making music, and this has resulted in me extending my creative endeavors to the line of budget music video production. My latest effort is for the song Empty Rooms, taken from my 6th recording titled Lonely like a holiday.
Watch the video below:
I will be playing at 5 awesome venues in both the South Coast of KZN and the Midlands of KZN next week, details below: 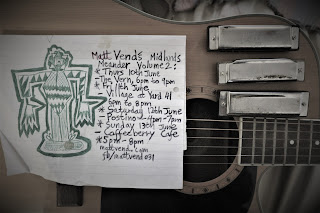 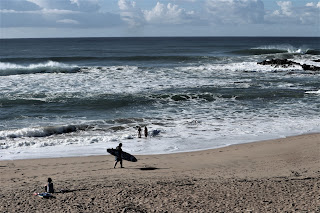 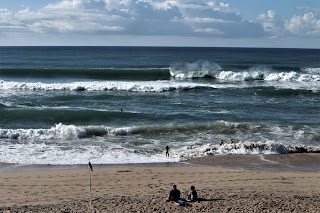 The South Coast of KZN really is a different kind of realm and on certain days it can lend itself to a magnetism, experienced in very few places on the planet. I was lucky enough to play at three awesome venues in the south coast locality recently. Thank you kindly to The Toti Brewery, The Spot Backpackers, and Rocky Ridge for all being incredibly kind to me. Check out some random images from the South Coast of KZN below. 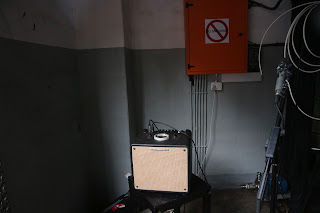 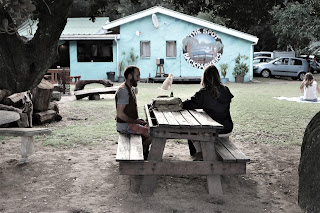 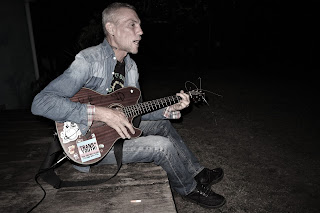 I will be back at The Spot Backpackers on the 3rd of July, this time playing with 3 other awesome South Coast musicians more details coming soon. In the immediate future, I will be playing the midlands of KZN this week and weekend, come and check out the show details below. 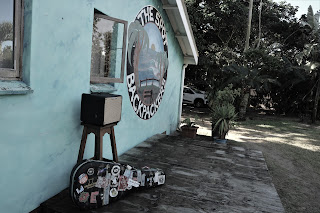 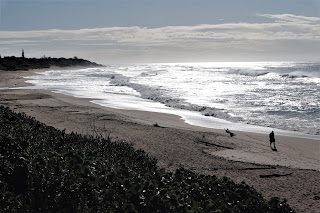 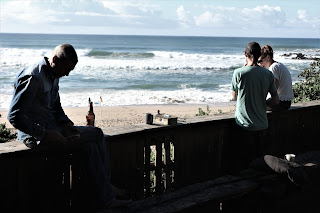 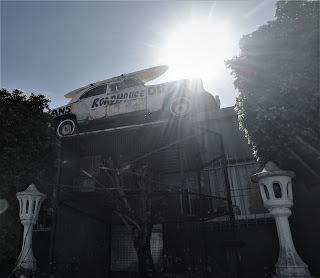 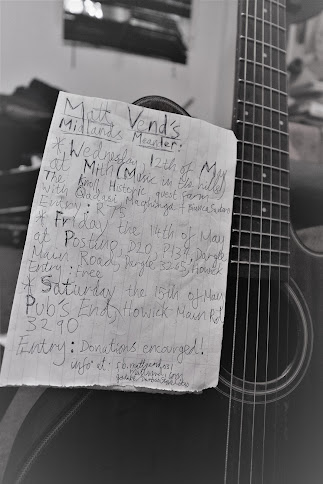 Durban songwriter Matt Vend will be heading out for another round of shows this weekend in the midlands of KZN,

Catch him at the following venues this week:

*Wednesday the 12th of May at Mith (Music in the hills) at The Knoll Historic Guest Farm, performing alongside Qadasi, Maqhinga and Bianca Santoro, R75 entry limited space.

More random images from the South Coast of KZN: 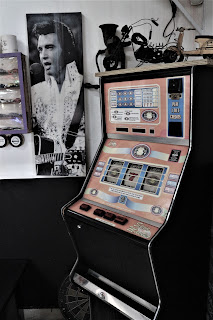 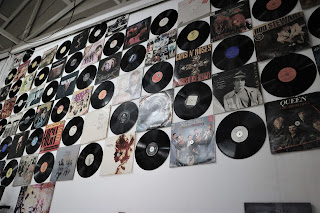 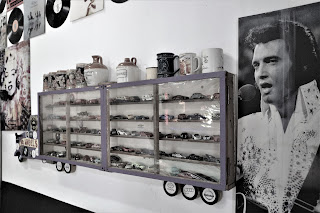 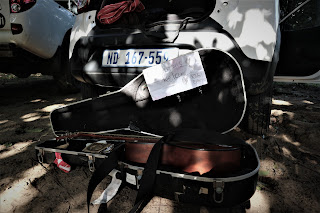 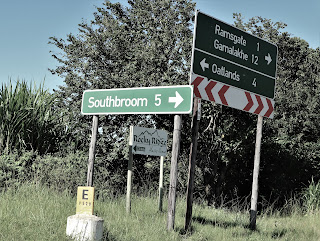 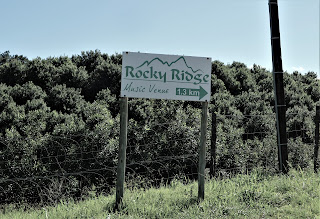 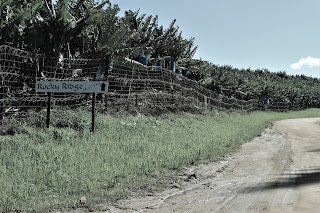 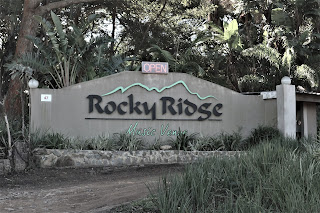 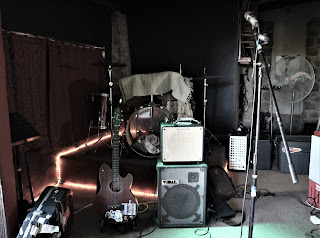 WEST COAST WINTER BLUES AND A LIVE SHOW ON THE 3RD OF APRIL, BOOK NOW!

I have just put out a new video but haven't had the time to really let anyone know about it. So here it is below, its for the song West Coast Winter Blues off my third full-length album entitled Jut Pride.

I suppose I have already written about what this song is about so I will leave two articles below from when I freelanced for a publication called Mahala:

I am also playing a live show on the 3rd of April at Ace's Pizza and Bar at Alliance Française de Durban.
You can make a booking for the show by emailing me directly at mwbeardo38@gmail.com.
Space is limited and there are only 50 presale tickets available at R50.
The venue is also running a special on the night, R150 which includes a margarita pizza and a glass of wine.
If the 50 presale tickets get sold out, there will be an additional 20 seats available at the venue on the night for R60.
You can also book directly with the venue at aceskitchengroup@gmail.com.
Click attending on Facebook and invite your friends:
https://www.facebook.com/events/458271015621430

MATT VEND - MUSICIAN AND WRITER: BEDROOM SPACE ODYSSEY: I can’t really pinpoint the exact influences of this song. However, the initial idea more than likely stemmed from loud brashly South Africa...
Posted by Matt Vend at 23:29 No comments:

I can’t really pinpoint the exact influences of this song. However, the initial idea more than likely stemmed from loud brashly South African electronic, urban, music which filtered into my psyche: just from wandering around Durban. In my alone time during this period, I was probably listening to a lot of New Order.

Listen to my cover of New Order's Restless:

Then South Africa’s elusive Felix Laband was also doing the rounds in some of these music listening sessions. So I basically had this idea of merging what I thought would sound like a cross between New Order and Felix Laband with a sprinkling of gqom.

The result sounds nothing like New Order or Felix Laband or even gqom for that matter, yet it’s something. A psychedelic kaleidoscope of noisy guitars and droning synthesizers. I have performed this track only twice live and both times I received an interesting response.

On the second occasion I was playing at The Winston Pub, the show was surprisingly full and a fair amount of revelers were at the front enjoying my aggressive approach to acoustic music. I decided to spring this one on them and within minutes the front of the house was cleared, however, I noticed two pockets of people really feeling the song. It was my last track and the first pocket of people, disheveled and shoe-less came rushing to the stage after the performance and told me that the song I had just performed was a trance song and that they were very impressed by the guitar.

The second pocket was hip hop heads at the back and they gleefully told me how I had in fact pulled off a live guitar-driven trap song. The bulk of the crowd by now was disinterested and in the beer garden drinking and smoking cigarettes.

I would write some kind of blurb for my new rough around the edges, live video for my lowbrow, electronic track, "The Van Gogh of Rock 'n Roll", however, I already wrote a fairly extensive blog sometime back revolving around this very song. Read the full blog here.

You can also download the studio version for 1 dollar if you're feeling generous:

It's also Friday so I thought I'd just leave this here for good measure:
Love
Matt